News Group
Certificates
More
Issue Time:2017-11-30
Are Air Source Heat Pumps a Threat to Geothermal Heat Pump Suppliers?
Last year, geothermal heat pump (GHP) manufacturers introduced new heat pumps with break-through efficiency based on variable-speed compressor technology. These manufacturers include Waterfurnace Renewable Energy (TSX:WFI, OTC:WFIFF) and ClimateMaster, a division of LSB Industries (NYSE:LXU).
Air Source and Ground Source
Variable speed compressor technology was not restricted to geothermal heat pumps (also known as ground source heat pumps or geoexchange): It had first found its way into what are often considered ground source’s poor cousins: air source heat pumps (ASHP).
Both types of heat pumps use a refrigeration cycle to draw heat from the outside in winter to heat a building, and pull heat from the inside to cool it in summer.  GHPs use large loops of buried tubing to exchange heat with the ground, while ASHPs use an above-ground fan and heat exchanger assembly similar to the evaporator on a traditional whole house air conditioner (see photo).
Before the advent of variable speed compressor technology, air source heat pumps were only suitable in mild climates because heating performance fell off rapidly at temperatures below 40°F (see chart), while the near constant temperature of the earth allowed GHPs to operate efficiently in any climate.  Now, the most efficient ASHP models only begin to lose significant heating efficiency at 25°F and still maintain significant heating capacity at 0°F, a change which has made them practical in most of the United States.
With variable speed technology, these units are now suitable for heating climates where the temperature occasionally falls below 0°F, although they may require some form of back up heat.  The improved technology has meanwhile made the efficiency of the best air source heat pumps equivalent to that of many GHPs, especially when used in less extreme climates.   Although even the best ASHPs are still much less efficient than the best GHPs, the cost savings from dispensing with the ground loop and (in some cases) air ducts mean that ASHPs are an economic option in many cases where GHPs or conventional heating were previously the only viable options.
Air Source Heat Pumps In Practice
In a recent article, Marc Rosenbaum, director of engineering at South Mountain Company on Martha’s Vineyard in Massachusetts, says that nearly every building he has worked on for the last several years has used ASHPs almost exclusively.
There are caveats, of course.  Rosenbaum works exclusively on very high performance, super-insulated buildings.  He also teaches a course on designing net-zero energy buildings.  And even with super-insulation, he uses other heat sources in larger buildings.
Heating performance of a variable speed air-source heat pump (in this case Mitsubishi hyper-heat) compared to traditional models. Source: Mitsubishi
I’m in the process of my own retrofit of a 1930 farmhouse which I bought two years ago.   I’ve spray-foamed the basement and attic as well as improved the overall building envelope with air sealing, and expect to continue to make envelope improvements going forward.  I was able to have four Mitsubishi ASHPs installed in the most important rooms without having to give up interior space for ducting.   This cost me about $12,000 after utility and tax rebates and is saving me about $1,000 to $2,000 in annual energy costs.  A comparable GHP system would have saved me $2,000 to $3,000 annually, but would have cost about $30,000 after utility and tax rebates.  The extra $1,000 annual savings did not seem to me to justify the extra $20,000 in cost, given that I expect to sell in less than ten years, and both systems significantly boosted the home’s value by adding air conditioning.
Alternative Energy Specialist Scott Lankhorst of Advanced Radiant Design in Stone Ridge, New York, says that he does not see ASHPs and GHPs as direct competitors.  GHPs are “typically only installed on homes of a minimum square footage, with multiple rooms that need direct heat delivery.”  This agrees with Rosenbaum’s finding that “Compact superinsulated homes in [many] climates… can often be heated with a single zone unit… in the main space. As long as the doors to other rooms remain open, the temperatures in those rooms will usually be within 2°F of the [main space]."
Air Source Heat Pump Suppliers
Lankhorst says that the most efficient air source units are from Mitsubishi (OTC:MSBHY) and Fujitsu. The latter are easier to install, but the Mitsubishi systems can work with a Honeywell (NYSE:HON) wireless programmable thermostat.  This can be accessed via the web or mobile devices, which is useful in a building with multiple units.  After discovering the limited programability of the factory controller for my Mitsubishi units, I installed the Honeywell thermostats in addition to a thermostat for my boiler which I now control them all through the same interface.
Conclusion
While variable speed air source heat pumps can be competitive with geothermal heat pumps in retrofit situations and smaller, better insulated buildings and less extreme climates, GHPs remain the most efficient way to heat and cool a building.
If super-insulated, small buildings ever become the standard way to build a home, geothermal heat pump manufacturers such as Waterfurnace and LSB may have something to fear from air source heat pumps.  Fortunately for GHP manufacturers, but unfortunately for the rest of us, that day is still a long way off.
Previous Heat pumps extract warmth from ice cold water
KeyWords
Contact Person

Address:
NO.8 of Building, NO.2 of Nanyi street, Guangzhu Road, Daliang, Foshan.

Please send your message to us 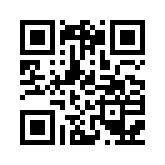